Hotel complex Elitsa and a pool for hotel Nona

Reconstruction, modernization and expansion of hotel complex Elitsa and the pool for hotel Nona, Albena Resort.
Hotel Elitsa is situated on the coast line by the Southwest beach coast and the natural reserve Baltata (Northwest). In the project for reconstruction modernization and expansion are planned: new lobby, restaurant and hotel rooms. The lobby will take 975m2. On the East side, with a beach and sea view, will be build covered terraces. Towards the lobby there is a conference room with a capacity of 100 people that could be incorporated in the communal areas. There is a covered walkway between the new lobby and the new restaurant. The restaurant will be built on the southwest side of the hotel.
The new hotel rooms (19 double rooms and 5 apartments) are situated above the restaurant which is third hotel floor. Due to the radially circular shape of the restaurant, shaped from the existing pool, the structure of the hotel rooms is the same.
A new pool is planned to be built in the area in front of the lobbies of hotel Elitsa and Nona and the beach line, within the resort’s property.
Year: 2012
Investor: Albena AD, Albena Resort
Location: Albena Resort
Status: Preliminary Design
Total Area: New Buildings: 2751m2 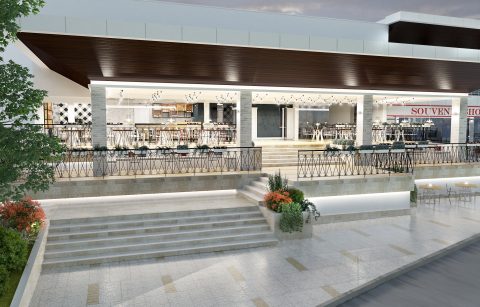 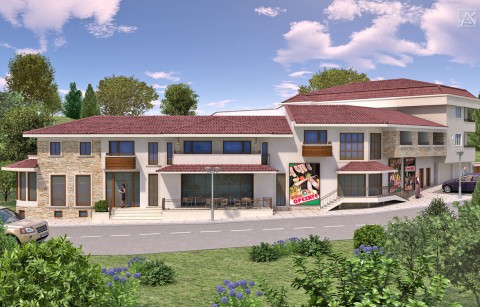