Hotel Amelia, Albena Resort
The hotel is situated in the central part of the resort.
A design was prepared for partial reconstruction and modernization of the former hotel Drujba by construction of a new lobby and a new hotel sector with 40 rooms above it. The rooms are built according to the norm for “four” stars. It is a theme hotel, dedicated to the American Amelia Earhart- the first female aviator to fly solo across the Atlantic Ocean. Also an interior design was created and realized for the hotel sector. The interior design by Albena Design wasn’t realized.
Year: 2012-2013
Investor: Albena AD, Albena Resort
Location: Albena Resort
Status: Completed in 2013
Total Area: 3 055m2 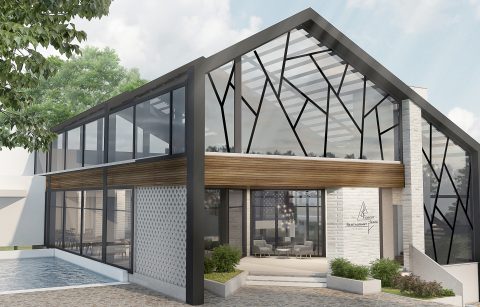